Sri Sri Ravishankar gave me an assignment a few months back to translate certain works of Agasthiyar and Bhogar both of who belong to the Siddhar tradition. Until then I did not realize the importance of ancient Tamil texts as a treasure house of integrated Indic knowledge. Siddhars and Munis had continued spiritual quest in the mountains of South India for several millennia and had brought out practical wisdom in the form of Siddha medicine. There is a lot more to Siddhar texts than herbology. They for example elucidate building blocks which are common among different traditions in ancient India. 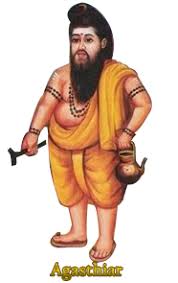 Agasthiyar compares all extant philosophies of the Indian subcontinent using a handful of verses in his work Tattuvam-300. He achieves this by referring to the methodology of Tattvas. I had thought the Tattva methodology to be unique to Sanskrit texts called Darshanas.

The Indian subcontinent has nurtured parallel systems of thought for eons. Scholars must have used a standard way to communicate and understand each other's philosophies. They had achieved this by following the science of Tattvas. Chinese travelers to medieval India confirm this fact. They note in their travel journals that students studied the language of Tattvas in universities like Nalanda.

The common thread across Indian traditions is the belief in a supreme entity with a personal choice of practices. The goal of all practices however is the union of individual consciousness with cosmic consciousness.  On the one end are Yogic practices which assume the supreme to be formless. On the other end are Vedic practices which emphasize the worship of forms. Each tradition explains the underlying separation between individual and cosmic consciousness uniquely. The synergy among traditions however becomes obvious in light of the language of Tattvas.