When did Yoga and Vedanta traditions diverge?

Yoga, Vedanta and mantra are three unique traditions which have been popular for several centuries in India. Strangely the practitioners of any one of three traditions do not readily venture into the others. Vedanta fans for example are not enthusiastic about stretching themselves on the Yoga mat, "OM" is the only sound which Yoga practitioners chant and Pundits feel content with chanting the mantras. Is it purely because of the differences in the approaches among the three traditions? Vedanta today appeals to the intellectually oriented, Yoga to the physically active and Mantra to those from families of chanters. But a cleft must appeared between the three tradition sometimes in the distant past. 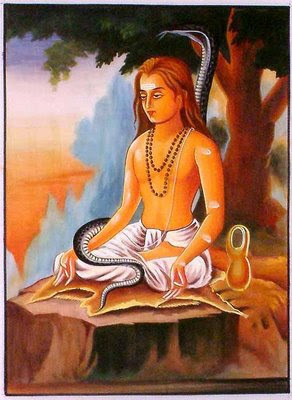 Nathamuni was not lenient in teaching Vaishnava Yoga to his followers. He had kept his Yoga techniques a secret which was to be handed down only to a worthy successor. The story of how Yamunacharya, his successor, missed learning Vaishnava Yoga is interesting. Vaishnava Yoga was not available therefore even to the most brilliant Vaishnava philosopher Ramanujar. Unlike the Vaishnavas of South India, the followers the Nath Sampradaya of central and western India had easy access to Yoga techniques. The Yogis of this Sampradaya developed a complex system which today has come to be recognized as Hatha Yoga!